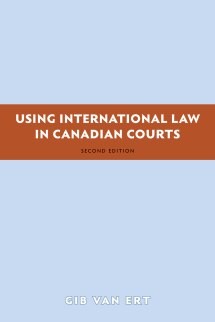 The only book-length treatment of the reception of public international legal norms into Canadian domestic law.

“…clearly reasoned, but complex and comprehensive in its treatment of the issues. It introduces van Ert as an author who is confident, straightforward, and methodical, without being dogmatic. Internationalists, along with experts on federalism, treaty interpretation, administrative law, and the enforcement of human rights guarantees, should congratulate him…”

“in many respects a model of doctrinal research and writing…this is an important book which merits attention. Van Ert’s thoroughness of research and clarity of style, combined with his important insights into the strengths, weaknesses and potential for development of the Canadian reception system, represent a significant contribution to legal knowledge.”

This Oxford Handbook ambitiously seeks to lay the groundwork for the relatively new field of comparative foreign relations law. Comparative foreign relations law compares and contrasts how nations, and also supranational entities (for example, the European Union), structure their decisions about matters such as entering into and exiting from international agreements, engaging with international institutions, and using military force, as well as how they incorporate treaties and customary international law into their domestic legal systems. The legal materials that make up a nation’s foreign relations law can include constitutional law, statutory law, administrative law, and judicial precedent, among other areas.

My contribution is chapter 28, “The Domestic Application of International Law in Canada”.

Kindred’s International Law: Chiefly as Interpreted and Applied in Canada

Kindred’s International Law Chiefly as Interpreted and Applied in Canada, 9th edition, emphasizes the experience and practice of international law from a Canadian perspective both domestically and in foreign relations. A publication of long-standing quality and distinguished reputation, this text has been repeatedly cited as an authority in the Supreme Court of Canada and lower courts for decades. It delivers a comprehensive overview of the foundational concepts, principles, sources, and institutions of the international legal system, and examines specific subject areas of importance in the world today.

My contribution is chapter 3, “Reception of International Law in Canada”.

Reflections on Canada’s Past, Present and Future in International Law 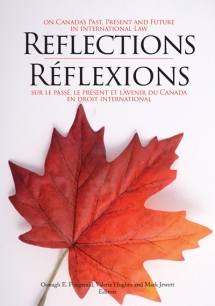 My contribution is chapter one, “The Reception of International Law in Canada: Three Ways We Might Go Wrong”. This chapter is available online here.

A Long Time Ago: Growing Up With And Out Of Star Wars

Some time in the summer of 1977, sitting in the back seat of a borrowed station wagon at the only drive-in in town, Gib van Ert saw the first ninety minutes of a film that changed his world–and the world in general–forever. Then he fell asleep. So began a torrid thirty-five-year love affair with Star Wars, complete with infatuation, lust, devotion, jealousy, betrayal, despair, separation and reconciliation.

Available in paperback and e-book from Amazon.com, Amazon.ca and other Amazon stores.

Yet Another Star Wars Blog

“A Long Time Ago is a thoughtful, funny, and beautifully written story…scathingly hilarious and bang on.”

“A Long Time Ago is a wonderful look back on growing up with Star Wars…Van Ert [has] written a great little memoir about life as a boy with Star Wars and his trials as an adult with his boyhood fascination.”

The Role of Domestic Courts in Treaty Enforcement 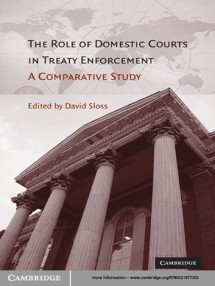 This book, edited by David Sloss and published by Cambridge University Press, examines the application of treaties by domestic courts in twelve countries. The central question is whether domestic courts actually provide remedies to private parties who are harmed by a violation of their treaty-based rights.

My contribution is chapter four, “Canada”. 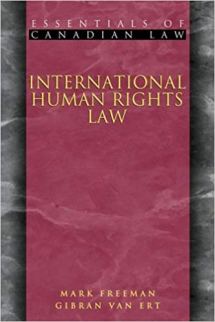 An account of the international law of human rights from a Canadian perspective. Written by Mark Freeman and Gib van Ert, with a foreword by Louise Arbour.

From the foreword by Louise Arbour

The Globalized Rule of Law

From different angles and through a variety of lenses, the papers in this collection examine the relationships between international and domestic law and the treatment of international law by Canadian governments, parliamentarians, and the courts.

My contributions are chapter three, “What Is Reception Law?” and chapter seven, “Labour Conventions and Comprehensive Claims Agreements: A New Model for Subfederal Participation in Canadian International Treaty-Making” (with Stefan Matiation).

The Canadian Yearbook of International Law 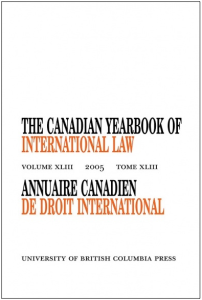 I have prepared the Yearbook’s Canadian case law summaries (alone or with the assistance of colleagues) since 2004.

I have also published articles and book reviews in the Yearbook from time to time since 1998.